A Liberal Arts Education for the 21st Century 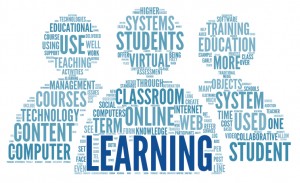 “No man ever steps into the same river twice,” is one of the more famous statements of the ancient Greek philosopher Heraclitus. Let the idea of a university, John Henry Newman’s “school of universal learning,” be that river and one suddenly becomes aware of the reason for the upheaval and challenges facing the academy in the 21st Century.

Technology will change all schools, including the liberal arts school, but this should not be a cause for worry, as technology is simply tools, and we have been dealing with tools since the first proto-human picked up two stones and chipped a cutting tool out of flint. People today still use their hands to shape their lives, but unlike our ancestors, we use smart phones instead of flint tools; we are, so to speak, old hands at it.

One can access a great deal of information with a smart phone or an electronic tablet, and today that information includes the university classroom, many of which can be accessed at any time and in almost any place. Think about the possibility of a student studying Charles Darwin’s Theory of Evolution having a conversation with Darwin apologist Richard Dawkins, either asynchronously or in real time.  One student recently attended a lecture given by Dawkins, whipped out his cell phone, made a video recording, and posted it in an online classroom for the other students to see.

As students engage with each other, the instructor, and invited guest speakers online, they begin to approximate real-time Socratic dialogue–a liberal arts tradition–in a classroom without walls, much like that of the real Socrates in ancient Athens. And, in lieu of written papers–which still have a place in the academy–students are also able to present speeches, group discussions, and other multimedia projects where they can demonstrate their experience, their expertise, and their learning.

The liberal arts surely must re-establish itself as a larger part of the core curriculum. There should not be a division between STEM (science, technology, engineering, mathematics) courses and liberal arts courses. In this age of specialization, we have another opportunity–like that of 15th Century Florence–to foster the flourishing of intellectual ferment. When Lorenzo de’ Medici invited numerous scholars, artists, scientists, poets, mathematicians, musicians, and engineers to live in his palace and discuss whatever was on their minds, the Italian Renaissance was the result.  The issues today–genomics, robotics, nanotechnology, and information technology–are just as important, scientifically and ethically, as those discussed by Lorenzo’s guests.

There should be no divide between STEM and liberal arts courses: we should be able to appreciate the intellectual rigor and precision of the hard sciences, as well as the metaphorical language of a story well-told in prose, poetry, or drama. The two together reveal more universal truths about the human condition than either one separately and independently.

Will we one day be able to walk into a room like Ray Bradbury described in his short story, “The Veldt,” twist a dial, and suddenly be transported to an African savannah? Will we be able to immerse ourselves in a production of Hamlet on the holodeck? Consider the possibility of students immersing themselves in a foreign culture to learn a foreign language before making the journey to the actual country of their choice. And given the political climate of many locations nowadays, perhaps the virtual experience may provide the safest opportunity to visit landmarks, such as the Pyramids, the Tigris-Euphrates, or the headwaters of the Amazon.

Change is upon us, whether we wish it or not, but we will need to learn to manage it as best we can, and manage our responses to it, so as to diminish the impact of “future shock” on our psyches. We can embrace the opportunity or resist it, but as Heraclitus observed, change is the only constant in our lives, and as soon as we think we have “arrived,” all we need to do is look around us and notice that the time is right to be off on a new journey. Science and the liberal arts together will enable us to begin that journey anew.

Dr. Corum, Director of Humanities, Philosophy, Religion, and World Languages Programs, has been with APUS for nine years. He holds a Ph.D. in Theatre and Media Arts from the University of Kansas and a Distance Teaching and Learning Certificate from the University of Wisconsin, Madison, and is a member of the Foundation for Critical Thinking.