Cheap History Books for the Kindle 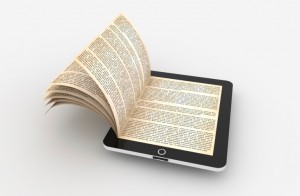 The best part about Amazon’s Kindle is when it offers cheap books. Sometimes the sales are temporary and you must remain diligent to catch them. However, other books just become cheap permanently, so cheap that it is better to buy them for the Kindle as opposed to buying a used copy for a penny.

Here is the latest batch of cheap history books for the Kindle.

Cathedral, Forge, and Waterwheel: Technology and Invention in the Middle Ages ($0.99)

For those of you into medieval history, even medieval warfare, this book is a necessary read. The authors’ thesis is that contrary to popular belief, the Middle Ages was not an era of stagnation in technology. Instead, this 1,000-year period saw major innovations in the realms of architecture, agriculture, and of course, warfare.

William L. Shirer’s semi-memoir chronicles the rise of Hitler and his eventual downfall. Shirer was an American journalist who broadcasted stories from Germany leading up to and even during World War II. It is difficult to understate the influence of this work. Since its release in 1960, it has seen numerous translations, reprintings, and serializations, being read by millions of people. It provides a clear American perspective, but students should now be more interested in the work to understand the historiography of the war.

Historiography: Contesting the Past; Claiming the Future (2012) by Jeremy Black ($4.00)

Prolific military historian Jeremy Black has published a Kindle-only work in which he provides a lengthy analysis of historiography and challenges some of the ways we teach history in higher education today. The work is thought provoking and historians will benefit greatly from Black’s challenges.