How To Turn Your Internship Into a Job: Three Real-Life Stories 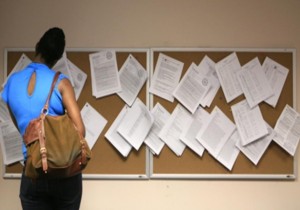 Most college students don’t have to be as resourceful as Molly Dodd. At 21 years old she had lost both of her parents, her father to a sudden heart attack when she was 16 and her mother to liver and adrenal cancer. On her own financially, Dodd held down four jobs while she worked toward her B.S. in journalism and public relations at Southeastern University, a Christian college in Lakeland, FL with 1,500 students. Though she’d done two unpaid internships in Florida, at a Lakeland magazine and a Plant City marketing and communications firm, she had no big-city connections or much of an alumni network from her tiny school.

Then one day at her Pensacola bible study group, the members shared their hopes and dreams. Dodd’s was to work at the Fox News channel in New York City. To her surprise, an older woman in the group approached her afterward and asked Dodd for her rÃ©sumÃ©. The woman turned out to be the mother of Fox News anchor Shepard Smith. Dodd did an online application and then a phone interview and landed an internship on Fox News Insider, the channel’s blog, which would start after she graduated in May 2013. Though it only paid a stipend of $10/day, she leaped at the chance. (Fox has since changed its policy and pays its interns.)

Knowing she might wind up with an unpaid internship after college, she had been socking away the $1,000-a-month veteran’s benefit check she collected (her father had been in the service). In New York she found a room at a women’s hostel for $310 a week and threw herself into the internship, writing stories that summarized  broadcast pieces and cutting and editing video to post on the site. She got little supervision, except periodic critiques. “There were some nights I cried,” she recalls. Nevertheless, she felt like she was growing and acquiring important new skills. “The internship was hard but I learned a lot,” she says.

She kept asking for more work and started shadowing employees in the social media and TV production departments at the end of her eight-hour shift. She wound up spending 12 hours a day in the office. Certain that she wanted to work there permanently, she approached the director of her department and asked if he could help her find a paying position. Within days she got a call from human resources and she soon landed an administrative job with the digital department.

At a time when many new graduates are struggling to find paying work, I thought it would be instructive to tell the stories of three college interns who turned their experiences into full-time paying jobs. I’m including two more and offering some advice in the slideshow above and at the end of this post.

Amanda Gallucci, 23, graduated from Providence College in the spring of 2013 with a major in English and a minor in business. Despite the stereotype that liberal arts grads have dim hiring prospects, she turned her 2012 paying internship in the New York office of Phoenix-based digital marketing agency iAcquire into a full-time position. Gallucci’s tactic: After interning the summer following her junior year, she persuaded the firm to extend her internship into the school year, and spent 10 hours a week running search engine optimization evaluations for account managers. She also wrote blog posts about content strategy (she turned the posts into an eBook once she started full-time). “I’m really fortunate they allowed me to do so much,” she says. But what clinched the full-time job was a trip to New York for Christmas break (her family lives in a suburb, Eastchester, so she had a place to stay) and spending her vacation working full-time for the company. She had already talked to her bosses over the summer about working full-time after she graduated. This time she told her supervisor that she was getting ready to apply for jobs and iAcquire was her first choice. The next day he gave her an offer letter.

To land the internship at iAquire, Gallucci had gone through the career office on campus. An alum of Providence College had posted the job and wound up appreciating the fact that Gallucci had done three previous unpaid internships, one during her sophomore year for the Rhode Island Chamber of Commerce which she also found through her school’s career board. The three interviewers at the Chamber were struck that she was the youngest student who applied, and they liked her enthusiasm. Gallucci says she learned an enormous amount working on marketing, public relations and events. “It was a lot of firsts for me, including my first office job,” she recalls.

Her second unpaid internship was at a New York firm called Media Connect, the book-promotion arm of the big public relations company Ruder Finn. She found the position listed on Internships.com and sent in her rÃ©sumÃ©. She worked 40 hours a week and was lucky to be able to live at home, but she lost money paying for her commute. She also learned that sending hundreds of email pitches and following up with phone calls to more than 100 radio producers across the country was not her dream job. “I hated it,” she says. “I felt like a sales person. I realized it wasn’t very creative and there was a lot of getting shot down on the phone.” Still, it helped her decide that PR was not the job for her.

In the spring of her junior year she got another unpaid internship through Internships.com, working for a now-defunct recording label called The Steele Industry, which was attempting to promote unknown hip hop and rap artists. Thinking she was interested in the entertainment business, she put together press kits and helped with social media, but she says the job was ultimately frustrating because it was all done virtually. “I would get an assignment over email and just send it back and then we’d have a conference call,” she says.
“It’s hard when you’re supposed to be learning from someone and you’ve never even met the person.” At least it helped her rule out entertainment as a career path.

Gallucci was thrilled with her job at iAcquire, where she worked as a content strategist, putting together web content for clients, planning out blog posts, infographics and case studies and developing strategies to promote brands. The job paid well over $10 an hour. Then early this year through a personal connection she landed a job as a content strategist in the New York office of Paris-based advertising and public relations giant Publicis. “I love it,” she says.

Chandra Robrock, 25, a 2012 graduate of Florida State University with a major in retail merchandising and product development, did four unpaid internships, two of which wound up leading to full-time paying work. As a junior, she used a site called freefashioninternships to find an unpaid virtual internship for New York jewelry company Kara Ross, managing a blog and handling social media. After she graduated, she took yet another unpaid internship (she had done two prior to Kara Ross) at a New York startup called Stylitics, an app that helps users organize their closets and trade clothes with other users. She found the internship after researching startups on the website Fashionista.com and applying directly to the company. To support herself, she sold her Mazda and worked part-time as a salesperson at trendy retailer Juicy Couture.

Then she got a break: The PR director at Kara Ross recommended her for a job that paid $32,000 at a fashion PR firm called HL Group, where she worked until a former colleague at Stylitics referred her to another New York startup, 99Dresses, a peer to peer app that allows users to buy and trade fashion items like dresses and shoes. She ran quality assurance testing for the company and made sure the app was running smoothly.  Meantime she posted a profile on AngelList, a job site for startups, and in late 2014 she was recruited by a three-year-old company called Updater, a website that helps people who are moving organize and complete all their moving-related tasks like locating a moving company and updating contact information. “I’m working on a product that’s really cool,” she says. “I really like it here.”

One more thing about Dodd, Gallucci and Robrock: They all worked as unpaid campus ambassador  interns for an advice and internship listing site called InternQueen, run by Lauren Berger, my source on a story three years ago about how to get an internship, and author of two books, including All Work, No Pay: Finding an Internship, Building a Resume, Making Connections and Gaining Job Experience.

Before I offer the lessons learned from the experiences of Dodd, Gallucci and Robrock, I have to say that I believe that most if not all of their unpaid internships violated the Fair Labor Standards Act, which mandates that employees must be paid at least minimum wage. See my article about that here. That said, I recognize that their unpaid internships gave each of these women a boost, despite a survey by the National Associate of Colleges and Employers, a nonprofit that links large employer with college placement offices, showing that 60% of paid interns got job offers, as opposed to 37% of unpaid interns, which was just one percentage point greater than those who did no internships at all. That study is three years old however and the internship terrain is shifting fast, with increasing numbers of students doing internships.

Here is the advice from these gainfully employed young women and a few tips of my own:

1. Use your school’s job board to find listings. Gallucci found two internships this way, including the one that led to her current full-time job.

2. Use listings sites like Internships.com, Internmatch.com and InternQueen, and specialty sites like freefashioninternships. When looking for a full-time job, you will almost never get a job simply by answering an online ad. Internships are different. You can definitely land an internship through an ad.

3. Look on LinkedIn, using the “advanced search” tab and typing in the word “Internship.”

4. Make a LinkedIn profile if you don’t already have one.

5. Work overtime. Molly Dodd put in four-hour shifts on top of her internship hours. She learned about TV production and social media, skills she wasn’t getting in her regular internship.

6. Treat every internship as though it’s a job interview. When you’re finished with an assignment, don’t go on Facebook. Ask for more work.

7. Keep working after the summer. If you can continue your internship remotely, even just 10 hours a week, it can keep up your contacts and secure a recommendation, continuing connections and in Gallucci’s case, a full-time job.

8. Be your own advocate. All three women made it clear to their employers that they were ambitious and wanted to get ahead. Dodd and Gallucci got their jobs by directly asking for them.

This is an update of a story that appeared previously.

Win At Work: An eBook From Forbes

Land a great job, handle your boss and get ahead today.
This article was written by Susan Adams from Forbes and was legally licensed through the NewsCred publisher network.