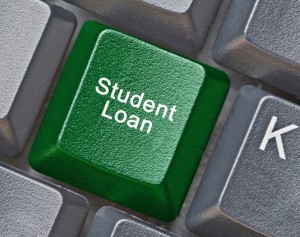 With the recent election, you have probably heard plenty of chatter about our national debt and how it has ballooned out of control. While that debt is concerning, there is another debt that American students are shouldering. Student loan debt is a major issue, with numbers exploding over $1.1 trillion. Yes, the unpaid student loan debt in this country is over $1 trillion, an absolutely mind-boggling number. This number only encompasses FSA loans, so private loan debt would push that number to astronomical proportions.

Since $1.1 trillion is nearly impossible to even comprehend, Business Insider writer Sarah Schmalbruch (2014) provided a hilarious, yet accurate summary of what $1.1 trillion could buy. “Sure, you could buy many of the world’s most expensive things. For example, you could buy the world’s most expensive watch, yacht, mansion, and private island for a combined $5.6 billion. You could buy the most expensive paintings, diamonds, cars and champagne for about $1 billion. You could also get some of the most famous musical acts of all time to perform a private concert for you for a cool $1 million apiece. Did you also know that you could start your own colony on the planet Mars for $121 billion? Put all of these items together and it would cost you about $127 billion. Insanely enough, that is only one-ninth of the student loan debt in this country.”

While it is fun to think about what the country’s student loan debt could buy, the scary fact is that American students owe this money. There is no doubt that college expenses are just too high. That is the reality in this country, however; it is up to you as a college student to borrow wisely. Make smart decisions when it comes to your educational borrowing expenses. Just think, save enough money and you might be the first human to start a civilization on Mars!