Should You Connect with Strangers on LinkedIn? 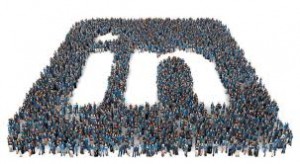 Out of all of the social media networks out there, LinkedIn has perhaps the most stringent rules for how you connect with other users. Unlike other sites, like Twitter or Instagram, LinkedIn assumes you know users at least a little when you connect with them. This can be both a good and bad thing. On one hand it makes endorsements and recommendations more valid. If potential employers know people actually have to know you before giving an endorsement, it carries more weight.

It also makes it less likely that people will lie on their profiles — colleagues would likely call them out on it but a stranger wouldn’t know the difference. On the other hand, it can be beneficial to reach out to someone you know only vaguely but who may be able to help you move ahead in your career. This is why some people believe you should connect with people you don’t know on the site. Here are some pros and cons of connecting with strangers on LinkedIn.

You’ll Be Higher in the Search Results

Perhaps the most obvious benefit of connecting with strangers is that you’ll have more connections on LinkedIn, meaning you’ll be more visible to others. When you search for a user with certain qualities or skills on LinkedIn, you’ll notice those who come up first have very high numbers. It’s likely in the 1,000s. These individuals may not necessarily even be the best fit for your search terms, but they’ll show up first anyway. This means if you’re using LinkedIn as a job search tool, it will likely benefit you to have more connections.

There’s no way those who have thousands of connections know all of them personally. The only way to have this large of a network is to connect with strangers. On LinkedIn, there’s a special term for people interested in connecting with strangers — they’re known as LinkedIn Open Networkers, or LIONs. There’s a good chance a person is a LION if he or she has more than 500 connections. If you are interested in connecting with strangers on LinkedIn, it’s a good idea to request other LIONs. This way you know they’ll accept your request.

There are other benefits to being a LION besides being more visible to more people. Having a bigger network can really help you in your career, even if it’s just seeking advice from one of your connections. The more people you can reach out, the more opportunities you’ll have. Say you’ve worked for company A for 5 years but company B just had an opening you think would be perfect for you. You don’t personally know anyone working for the other company, but if you’re a LION you may have a LinkedIn connection there.

Similarly, a bigger network can be helpful if you’re looking to change industries or move between the public and private sectors. Connections who work in areas you’re interested in could provide valuable insight. For example, if you’re working for a private company but want to switch to a government job, one of your contacts could direct you to federal resume writing services and let you know what kind of responses an interviewer might be looking for.

Companies Will Be More Accessible

With a bigger network you’ll also have access to industry facts and figures, information on specific businesses and much more. Sometimes you may want to get in touch with someone in a specific company, but you don’t know how to do so. The company may not have PR contacts listed and — believe it or not — may not be accessible on social media. Even if you do tweet at a company, their social media pages may be managed by an intern who ignores you or doesn’t know where to direct you. However, if you have a connection at a company you’re much more likely to actually get in touch with someone.

One con of expanding your network is that you can potentially fill your inbox with spam. Once you start requesting people you don’t know, you have no guarantee that the users are legitimate. These accounts may just be rogue individuals looking to spam you or hack your personal data. At the very least, you risk having tons of legitimate messages, and an overcrowded inbox isn’t so fun, either. To avoid spam and other annoyances, avoid connecting with users if you feel they’ll do you more harm than good.

It Diminishes the Value of “Real” Connections

Some say that having too many LinkedIn connections can lower their value. The great thing about LinkedIn from a recruiting standpoint is that it backs up your resume. You’re less likely to lie about your qualifications if people you actually know will be able to view and endorse them. However if your network is composed of mostly strangers they may or may not know your education, work history, etc. In some instances, recruiters or hiring managers may reach out to LinkedIn connections you share if they need a reference. Do you really want someone you only know vaguely (or not at all) to evaluate you for a position?

You Can Get Reported

Perhaps the biggest downside of connecting with strangers is that LinkedIn actively discourages it. The network actually penalizes those who request people they don’t know. You can respond in several different ways when you receive a LinkedIn request. You can accept the request, ignore it, say you don’t know the person or report it as spam. The last two options actually result in the same action. That means if you say you don’t know someone you’re telling LinkedIn he or she is an abusive user. If you invite five people who say they don’t know you, LinkedIn will restrict your account. At this point you can only invite users to connect if you know their email address. That means if you do decide to connect with strangers you should only invite people who won’t turn you down, like other LIONs.

Do you connect with strangers on LinkedIn? Why or why not?

5 Habits to Improve Your Physical and Mental Health