The Need for Space Systems Engineering 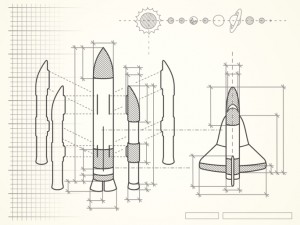 Just last week, my wife and I were debating with my ninth-grade grandson whether or not electrical engineering (my undergraduate major) was more important to the space industry than astronautical engineering (my wife’s undergraduate major). Looking back on that debate, neither of us brought up the fact that, at some point in our careers, we both became systems engineers, regardless of what our degrees say. While it’s critically important to get each individual piece of a space system or space mission designed and built correctly, it’s just as important to ensure that all those individual pieces work together as intended.

It is also important to be able to determine what sort of system is needed to accomplish an end goal. It’s one thing to know all the formulas to be able to solve the technical problems for a particular space system or subsystem. It’s quite another thing to figure out which system requirements should be done in space, which should be done on the ground, and whether or not two separate space missions (payloads) are compatible enough to reside on the same satellite or launched on the same rocket.

The lines between systems engineering tasks and tasks performed by other engineers are often very blurred in practice. Here is an example of how an electrical engineer and a systems engineer would work together to design the electrical power and distribution system for a new satellite: Both engineers would analyze the top-level system requirements to get a rough idea of how much power the satellite will need to operate its payload (e.g., communications or imager) and what design constraints there will be on the power system, such as a need to be able to operate the payload even when the satellite is in the Earth’s shadow and therefore operating solely on battery power.

The lead systems engineer has similar collaborative meetings with each of the other types of engineers involved in the design, including propulsion and attitude control specialists to determine the design considerations and constraints for their respective subsystems. Meanwhile, the electrical engineers on the electrical power team begin to design the power system, including performing all the calculations necessary to ensure the solar panels and batteries will be large and efficient enough to power the spacecraft and its payload.

Another systems engineering task, though probably performed by an electrical engineer, is to manage the electrical power budgets to ensure each subsystem, when assembled into a whole, will operate within the power the electrical subsystem team calculated would be available based on their design.

Systems engineering is both an art and a science. It answers the big-picture questions. Formulas and equations are used less often than sheer brainpower, keen organizational skills, and critical thinking. Systems engineering can be taught but also must be practiced. With shrinking budgets and increased pressure to deliver new technologies quickly to the marketplace, the space industry needs these skills more than ever.

10 Ways AI And Machine Learning Are Improving Marketing In 2021

AI and the Transformation of the Autonomous Vehicle Industry

Podcast: Insight into the World of Professional Motocross