The Value (and Fun) of General Education Requirements 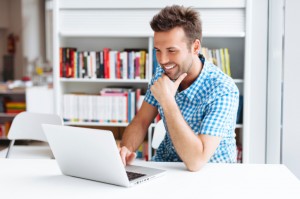 As an undergraduate student, I virtually ignored the university’s general education requirements and just signed up for classes that sounded fun. My options were wide open since I hadn’t declared a major, and I wanted to make the most of the freedom. My general education could become whatever I felt like making it.

The elective options in my pre-college days had been remarkably limited by the size and budget of the small town school system I grew up in. My graduating class included only 30 students. Other students in bigger school systems had a much wider variety of electives; we didn’t even have an orchestra or theatre. There was no choir, no student newspaper, and no art beyond grade school.

Once I got to college, I felt like I needed to make up for lost time, so my freshmen and sophomore years included all of those subjects I had wanted to learn when I was young but didn’t. As soon as new course schedules were posted each semester, I would scroll through the entire list and pick out everything that sounded good.

This hodge-podge scheduling took me all over the place. My first two years of higher education included classes in astronomy, mythology, creative writing, ancient history, Latin, horticulture, psychology, drama, pottery, and statistics. I finally felt like my education was well rounded instead of narrow and limited.

When I finally declared English as my major, my advisor raised her eyebrows at my previous courses. Then she laughed and found where she could fit the classes I had already taken with the requirements for my area of study. It turned out that all of my classes could be used for one requirement or another. Although those first two years did not seem very straight forward at the time, they got me where I needed to be. General Education mission accomplished, and I did it taking the classes I wanted.

Taking a mix of math, science, and English classes may seem daunting and unnecessary at first, but it doesn’t need to be. As with so many things in life, we can make the best of it. We can find a way to enjoy the journey. Reaching our goals doesn’t have to be hard labor.

Angela Matthews joined APUS in 2011 teaching COLL 100. She is working on her dissertation in Higher Education, a study of student/faculty interaction in online courses.