What Does It Take to Earn a Military History Degree? 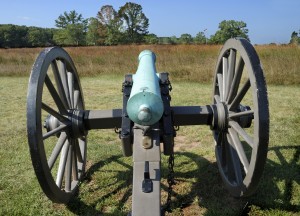 Several folks have asked me about my experience acquiring a bachelor’s in military history. While I cannot answer what goes into a military history degree at every university offering it, the following highlights what it took for me to finish the degree at American Military University.

In short, it was 121 credit hours, which translated to 41 courses and 37 research papers, covering the prehistoric period to the twenty-first-century.

First, there are the necessary basics, which I handled through my local community college. These included 34 credit hours spread across 11 courses and 1 lab. While there is some variation out there, my courses looked like this:

I then switched to AMU and I was able to start my courses while my credits from the community college were in the process of transferring in.

The basics of the military history degree included the following courses.

My university offered further concentrations and I selected “Early European Studies.” What this mainly did was ensure that all the classical courses were required for my degree.

I also had to take at least 9 hours of courses focusing on a single war, but these could have easily been electives as well.

With the electives, I strove to avoid any “Mickey Mouse” courses and instead take stuff that would help my academic career.

Most universities offer an independent study, which will allow the student to work with a single professor to research a thesis and produce a lengthy paper. I worked with Brian Todd Carey for 16 weeks to produce a 36-page paper entitled “City Razing as a Pacification Policy in Warfare.” There were an additional six pages of appendices and a 14-page annotated bibliography. My paper examined a large swath of epochs including the Assyrians, the Greco-Persian Wars, Alexander the Great, the Hundred Years War, the Aztecs, and World War II.

It was the most taxing thing I did during my undergraduate studies, but it was also one of the most rewarding. Independent studies are not required for a bachelor’s degree, but I strongly recommend history students to take advantage of one.

The final course again pushed me to write a lengthy paper. I focused on the Battle of Falkirk (1298) and how historians have interpreted its significance over the past century.

The whole program was reading and writing intensive, and it’s my estimate that I produced 37 research papers. I cannot begin to count all the books and articles I read during this period.

In December 2012, I presented my senior thesis at the Seventh Undergraduate Conference in Medieval & Early Modern Studies at Moravian College. This was another rewarding experience, as it gave me an opportunity to get in front of peers to present my research.

Finally, I took advantage of every opportunity to visit battlefields. Over the past four years, I have trekked through more than 30 battlefields across the United States, Mexico, Scotland, France, and Belgium, covering a timeline of 1297-1916. This included many repeat trips where I would bring friends, family, and coworkers to provide tours of the spots. For example, I trekked to Gettysburg 24 times, but never alone.

There it is from a high-level. Acquiring a degree in military history will vary depending on the institution and your level of commitment, but this should give you a rough idea of what you can expect.