Women At Work: The Glass Half Full 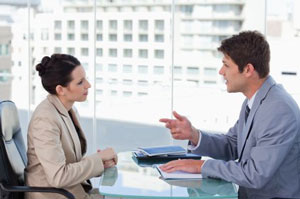 With the volume of media attention (Lean In; Wonder Women: Sex, Power, and the Quest for Perfection) and the decibel level of the discussion on the life of working women, the assumption might be that the lives of female executives is unbalanced and unfair and unrewarding, however new studies (and a closer look at older ones) show that women are much happier, and more confident about their careers than the tone of the discussion would indicate. While the media and many women’s organizations focus on what is wrong with the lives of women executives (“When you’re a hammer, everything looks like a nail.”), a new generation of women leaders are focusing on what is right.

A McKinsey study showed the steady decline in the percentage of female leaders from hiring through middle and senior management but when you delve into the reasons, much of that is a simple choice between working and family – not a frustration with lack of opportunity or advancement. It’s also women leaving for the independence of starting their own businesses. The Global Entrepreneurship Monitor’s 2012 Women’s Report found 126 million women starting or running a business, which means more than a third of global firms now have women owners.

Women believe in their opportunity

A Pew study found that just as many young women as young men put a high-paying career on the list of the most important things in their lives. For the first time, more women than men put career success at the top of their list of values.

The male hierarchy was established (in this country alone) over the better part of two centuries. The progress of female leadership has happened over a matter of two decades. A Forbes Insight Study found that 24 percent of senior leadership positions are filled by women. More highly visible female leaders including Ursula Burns at Xerox, Indra Nooyi at Pepsi, Virginia Rometty at IBM, and Marissa Mayer at Yahoo are reaching the top. The leadership landscape is full of female role models who might be in the minority, but are no longer the exceptions. We seldom see references today to the first-woman this, or the first-woman that. The  Center for American Progress projects that by 2030 women will hold 41 percent of senior posts. And while they’re still the minority—women represent just 4.2 percent of the top positions at Fortune 500 companies—women are no longer the exceptions either in high level positions or in traditionally male-dominated fields. FBI figures, for example, put the total number of women in law enforcement at around 12 percent, up from just 2 percent 30 years ago. Just recently the number of women in law-enforcement leadership took center stage in the Washington Navy Yard response. Studies also show a clear link between company performance and female leadership.

While we naturally tend to focus on current problems in a time of transition, it’s important to see the forces reshaping the future. Most important of those forces is women who see that future through a lens of confidence and optimism. As in most things, change happens through the collective action of individuals, not the debate of observers.

5 Essential Tips to Remember for Your First College Class

5G and the Digital Transformation