Cybersecurity Hits Hollywood: What Have We Learned? 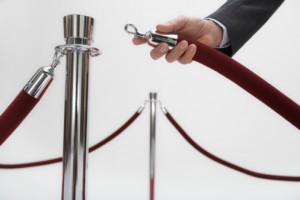 Black Hand’s assassination of Archduke Ferdinand and his wife triggered World War I. Pearl Harbor thrust the U.S. from isolationism into World War II. The Gulf of Tonkin catalyzed U.S. military intervention in Vietnam. Is it possible that the Rogen-Franco hackneyed Hollywood comedy The Interview (in the vein of 1985’s Chase-Akroyd, Spies Like Us) will become the flashpoint for The Great Cyberwar in the chronicles of history?

The Sony hack is already bad, but according to CNN, worse is coming. And while bruised egos and geopolitical consequences are being sorted out, the truth is the West has prepared for cataclysmic cyber-attacks by enemy states for years now. In fact, it was around the time of Stuxnet while touring DC’s International Spy Museum that I recall the strong emphasis placed on potential cybersecurity warfare in the museum’s 21st century exhibit:

If cyber spies break America’s security codes–could power lines turn into battle lines? …On your final stop–Weapons of Mass Disruption– hear from some of today’s top experts on the new intelligence battlefield of cyberspace. Explore what would happen if a cyber attack hit the electrical grid.”

Power grids, transportation systems, Wall Street–those were the priority “hard targets” topping our nation’s must-protect list–but Hollywood? Not only was the movie industry a relatively “soft target,” few probably considered “Tinseltown” a target at all considering it was a malware program with splapdash code that broke the levee of embarrassing executive emails, unreleased film content and overwritten data. Federal and private-industry cybersecurity experts have been on high alert for years, but now that the FBI officially linked North Korea to the Sony hack, some Americans who were either unaware or thought cyberwar was an abstract or clandestine concept, may now realize this was only a preview for more disruptive attacks that will hit closer to home. While cyberwar may sound tame in the context of comparing it to actual warfare, most press descriptions and federal agencies leverage warfare terminology to describe the potency of this global threat (Read The Associated Press, “Inside North Korea’s cyberarmy”).

Read more of his original piece on InHomelandSecurity.com.

The Esports Club and How Gaming Became a Huge Industry