Narcotics and the Human Trafficking Problem in Belize

[Related: The Failing Battle Against Drug Production in Colombia]

Belize is located with Mexico to its north, Honduras to its south, and Guatemala on its western border. A border dispute with Guatemala makes enforcement there difficult. Belize is also home to hundreds of uninhabited islands and cays along the Caribbean Sea, which can also present enforcement challenges.

Dr. Sadulski was invited to Belize by Galen University to participate in a March 1 speaking event on narcotics and human trafficking based on his extensive research on trafficking trends through Central America. Galen University, a leading institution in Belize, hosted the event and invited its criminal justice students and selected criminal justice practitioners from around the nation.

Problems Included the Use of Narco-Submarines to Transport Illicit Drugs

Dr. Sadulski’s presentation included a survey of current problems associated with narcotics and human trafficking. These problems included the use of narco-submarines to transport illicit drugs. Narco-subs are often built in remote areas, such as the Tumaco region of Colombia’s Pacific coast, and can haul up to six tons of cocaine each. Also discussed was the spread of the heroin epidemic and the connection between the increase in heroin abuse and prescription opioid use.

The National Institute on Drug Abuse (NIDA) reported that about 80 percent of heroin users acknowledged taking prescription opioids before turning to heroin. Prescription opioids include legal drugs such as oxycodone, hydrocodone, codeine and morphine.

Dr. Sadulski also provided a comprehensive assessment of the drug-control strategies that have been put into place in the major drug source country, Colombia. He discussed anti-drug strategies including crop eradication and crop substitution programs, and the peace accord with the Revolutionary Armed Forces of Colombia (FARC).

Dr. Sadulski also discussed the counter-narcotics strategies in Belize’s northern neighbor, Mexico, including the Mexican kingpin strategy and the Sinaloa cartel. He ended the narcotics portion of the presentation by addressing strategies to reduce the demand for drugs in the United States.

Regarding human trafficking, Dr. Sadulski cited victim accounts of being trafficked and smuggled and the role of coercion in human trafficking. Often traffickers and victims share a common nationality, ethnicity, or cultural background. That gives the traffickers a better understanding of how to exploit the vulnerabilities of their victims through coercion. The victims often are people struggling in life. The International Labor Organization estimates that forced labor and human trafficking is a $150 billion industry worldwide.

An immigration officer in the audience recalled seeing human branding on trafficking victims and the audience shared information about their own experiences on the topic. The conversation was engaging and has provided a platform for continued conversations with students and government officers on how the small nation of Belize can better handle this scary and pervasive issue in the region.

In conclusion, the speaking engagement was an enlightening experience as Dr. Sadulski and Kendra Hoyt fielded a lot of questions and comments from the audience.

Dr. Jarrod Sadulski visited Belize in February of 2019 through the invitation of Galen University to co-facilitate a police stress workshop to some of the nation’s police officers, which was co-facilitated with Ms. Kendra Hoyt. Through Galen University’s invitation, Dr. Sadulski also had the opportunity to provide a presentation on the topics of narcotics and human trafficking to key stakeholders in criminal justice in the nation of Belize. In addition to these events, Jarrod participated in two national television news events through Galen University where he discussed the topic of managing police stress. He has 20 years of law enforcement experience and has been a faculty member with American Military University since 2011. To reach him, email IPSauthor@apus.edu. For more articles featuring insight from industry experts, subscribe to In Public Safety’s bi-monthly newsletter. 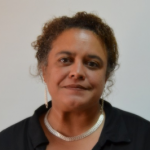 Kendra Hoyt is an educator and life coach counselor who focuses on restorative justice practices and has been a full-time faculty member with Galen University since 2015 in the Arts and Science Department – Criminal Justice Pathway program. Ms. Hoyt is an integral part of the social justice system in Belize. Ms. Hoyt has a master’s degree in Criminal Justice from Northeastern University, Boston, MA and is originally from the United States. In Belize, Ms. Hoyt is a frequent contributor to the Open Your Eyes national news program and has traveled throughout the region to support social justice. Ms. Hoyt has the advantage of understanding police stress and criminal justice issues from the perspective both in the United States and in Central America. Ms. Hoyt’s expertise is in mental health, suicide prevention, stress management, the criminal justice systems in Belize and in the United States, and behavioral management. Ms. Hoyt has over 25 years of experience in education and victim advocacy. To reach her, email khoyt@galen.edu.bz.

Dr. Jarrod Sadulski is an associate criminal justice professor in the School of Security and Global Studies and has over two decades in the field of homeland security. His expertise includes human trafficking, maritime security and narcotics trafficking trends. Jarrod recently conducted in-country research in Central and South America on human trafficking and narcotics trafficking trends and was the guest of INTERPOL in Colombia. Jarrod can be reached through his website at www.Sadulski.com for more information.

Mitigating the Threat of Domestic Terrorism and Extremism

Netanyahu and the Road Map for Israel’s Fifth Election