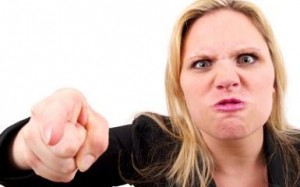 Ever been in a business meeting when two people disagree? Disagreements are normal. In fact, opposing points of view are essential for any team to understand issues and find the best solution. But what happens when someone gets personal during a meeting? Maybe that person yells, gets defensive, or hurls thinly veiled insults? Don’t be that person. It can create more than just uncomfortable awkwardness for everyone else on the team. It will hurt your reputation. Here are a few reasons why.

Toltec Wisdom, a popular blueprint for leadership development, reinforces the notion that you should never take things personally. Even if a harsh criticism is directed at you and you are taking it personally, do not be reactive and don’t let on that you’re unnerved.

Unfortunately, bullying happens and sometimes it’s even rewarded in some organizations because it gets confused with driving results. Though this may be true in some instances, bullies tend to flame out or lose the trust of their coworkers in the long run.

Yelling at someone during a meeting will send the signal that you can’t hack it under pressure. If you’re at loggerheads with someone; the one who acts out by yelling sends the single that you’re disrespectful. Remember, children pitch a fit. Professionals regroup and address the business problem.

If you find yourself heading towards an ego collision during a meeting—be calm. Listen to what’s being said first. And don’t let any built up frustrations sway the conversation from being productive to being personal. There are times when it’s necessary to confront an argument head on, but there’s a time and place for it, and usually it’s held privately or behind closed doors with a supervisor. So take the time to process what’s being said and make sure your response is based on business facts and on strategies that move the conversation forward. This doesn’t mean that you should avoid conflicts during meetings. It’s about being a good communicator and building a professional reputation.

Even if you’re 100-percent in the right and the other person hasn’t held up their end of the bargain—the way you handle yourself says more about you as a leader and your ability to stay cool under pressure than the conflict itself.

J. Thompson is the Vice President of the Content team at American Public University. He earned an M.F.A in Screenwriting from the American Film Institute in Los Angeles and performed his undergraduate studies in English literature, political science and business management between the University of New Mexico and East Carolina University. His career insights draw upon experience as a communications vice president supporting learning management, applicant tracking, and talent and leadership development for Bank of America and other Fortune 500 firms.

Podcast: How to Start a Career in Artificial Intelligence (AI)