Editor’s Note: This is the third of seven articles covering a story based on the author’s involvement as an expert witness in a Florida court case. Read the first article in the series.

This case, in which I assisted as an expert witness, involved a mentally disabled minor who was sexually assaulted by a hotel employee in a bathroom late at night after the boy and his brother had gone swimming.

As noted in part two, the parents called in the hotel general manager and the security director upon learning of the incident, which was corroborated by surveillance footage. But the hotel manager declined to call law enforcement, claiming that only the victim could do that. So Jack’s family called the Orlando police.

After taking a report, the police opened a criminal investigation. Although I’m confident everyone would agree that Ivan’s behavior was disgusting and immoral, it’s important to briefly repeat what Ivan did to Jack in this situation and how it constitutes criminal behavior.

Ivan led Jack into an unused hotel bathroom, then removed one of Jack’s flip flops and smelled his foot, presumably as part of some kind of sexual fetish. Then Ivan masturbated in front of the boy before leaving Jack alone in the bathroom. The only actual physical contact came when Ivan removed Jack’s flip flop and held his foot to smell it.

The rest of the incident involved Ivan performing a sex act on himself and then leaving without further contact with Jack. So a layperson might question exactly what crime, if any, had been committed. The answer is sexual assault and sexual battery.

Clarifying the Meaning of Assault and Battery

The general public commonly confuses the terms assault and battery because they are so often misused on television dramas. An assault is the reasonable fear of imminent harm one person intentionally creates in another person through words or actions. Note that assault does not involve physical contact of any kind. Rather, it simply involves behaviors that lead to a reasonable fear of harm in the victim.

So what does assault look like? Suppose I approach you and say that I am going to punch you in the face. If you believe me, and fear for your well-being as a result, I have committed an assault.

In another example, suppose instead that I say nothing, but I walk up to you hurriedly and feign as if I am about to punch you in the face by thrusting a fist in your direction, stopping just short of hitting you. Again, if you genuinely feared for your safety, then this is sufficient for the crime of assault, even though no words are spoken.

Note that no follow-through is necessary in either instance. I didn’t actually have to punch you or even intend to punch you. As long as I intended to make you fearful, you were in fact fearful, and that fear was reasonable under the circumstances, an assault was committed.

By contrast, battery is unwanted physical contact of any kind. Physically injuring another person is absolutely a battery. But injury is not necessarily required. The keyword in the definition is “unwanted.” So if I touch you in a way that causes you no injury but is nonetheless unwelcome, or in a way that I should know would be unwelcome, then I have committed a battery.

For example, suppose you tell me that you do not like to be touched, at all, by anyone, ever. If I proceed to then touch your elbow with my index finger in order to provoke you, I have committed a battery, because I know that the contact is unwelcome.

There are many other nuances to assault and battery that affect criminal culpability. For example, the term “assault and battery” is thrown around a lot on television for dramatic effect. But is it possible to have one without the other? Sure! As discussed earlier, if you create a fear of harm without actually making contact with another person, you have committed assault without battery. And if you make unwelcome physical contact without any apprehension of harm preceding it — for example by touching someone from behind when they cannot see it coming — then you’ve committed a battery without an assault. However, it must be acknowledged that assault and battery are very commonly coincident, as was the case with Ivan’s conduct.

How Ivan Committed Assault and Battery

Ivan committed an assault when he ordered Jack into the unoccupied bathroom. Through his words and actions Ivan created a fear in Jack that Ivan might do something to him that he was not comfortable with. Ivan also committed assault when he masturbated in front of Jack. A reasonable person would know that such behavior would likely create discomfort and fear in someone who has not consented to the act in any way.

Ivan also committed a battery when he touched Jack’s flip flop and foot in a way that no reasonable person would assume would be welcome without consent. The fact that these offensive acts were sexual in nature, and committed upon a disabled minor, only made the crimes more repugnant and the charges against Ivan more serious.

Jack told Orlando police officers that when Ivan masturbated, he ejaculated on his work uniform. But Ivan had turned his uniform in to the hotel’s dry cleaners when he left work that night. So Orlando police obtained a search and seizure warrant to collect Ivan’s work pants before they were cleaned.

Upon analysis, Ivan’s pants tested positive for semen. This was sufficient evidence to corroborate Jack’s story and formally charge Ivan. He was subsequently arrested, charged with several criminal offenses, and sentenced to a combination of prison time, monetary penalties, and community service.

But none of these criminal remedies did anything for Jack and his family, who would have to endure the mental and emotional trauma associated with this event for the rest of their lives. Moreover, the hotel denied any responsibility for the incident.

In the next part, I will discuss the civil action against the hotel, and how the investigation into hotel negligence transpired. 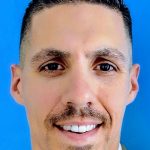 About the Author: Dr. Gary Deel is a Faculty Director with the School of Business at American Military University. He holds a JD in Law and a Ph.D. in Hospitality/Business Management. He teaches human resources and employment law classes for American Military University, the University of Central Florida, Colorado State University and others. To contact the author, email IPSauthor@apus.edu. For more articles featuring insight from industry experts, subscribe to In Public Safety’s bi-monthly newsletter.